Abuja Moms: The empowering story of how women are helping other women to fight gender violence and poverty in Nigeria’s capital 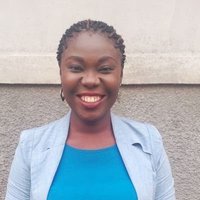 When Ngozi Ezeja, 34, lost her husband in an appalling car crash in 2016, barely three weeks after giving birth to their daughter, she was distraught. “My little girl and social media were the only things that kept me sane at that time,” she said.

While in mourning, Ezeja accepted an invitation to join a women-only Facebook group called Abuja Moms. Hoping for some distraction from her loneliness and some solace in her grief, the young widow ended up getting much more.

“In 2017, my little girl was sick and I had no cash in the house. I was frantically dabbing her body with water throughout the day and praying to God to help me, because I honestly didn’t know what to do. I was pacing about, thinking who to call to ask for help, when I remembered Abuja Moms,” she told openDemocracy.

She messaged the group’s founder, Happiness Ochi-Ani, who responded immediately, directing Ezeja to a hospital where a female healthcare worker – also a member of Abuja Moms – helped to admit and treat the sick infant. Shortly after, Ochi-Ani visited Ezeja and her daughter in the hospital and paid all the bills.

This community of women from different social strata in Nigeria’s capital, Abuja, offers much-needed support in a country that ranked a lowly 139 out of 156 countries in the World Economic Forum’s Gender Gap Index 2021. Concern that this gap is growing has driven women to the streets in recent weeks to demand equal political and civil rights.

Nigeria is Africa’s most populous country, with around 215 million inhabitants. It is also home to nearly 20% of all global maternal deaths, and gender-based violence is rampant – three in ten women experience physical violence by the age of 15. Displays of solidarity by women, for women, are a respite to many.

“Women’s groups are needed to help bring change,” said Hawwah Jiddare, founder of Sheroes Rising, a Nigerian website that documents the country’s feminists and inspiring women. "Despite growth in technology, infrastructure and other areas of development, we have not had much progress in women’s empowerment, women’s rights, equality and the economic inclusion of women, especially in the capital. Such groups are crucial to fill this gap.”

From blog to foundation

Abuja Moms, which currently has 45,000 members from all walks of life, began as a Facebook blog, created by Ochi-Ani in 2015. Two years later, as a new mother with little time to blog, she created a Facebook group page with the same name.

“I wanted to create a platform where women can just come together and unite,” said Ochi-Ani. “For me, it was important to disprove the popular myth that women are their fellow women’s problems. I really wanted to dispel that notion, because it is not true. I wanted women to realise that we are stronger together, that we are not in competition with one another. We can learn from one another to better ourselves.”

I wanted women to realise that we are stronger together. We can learn from one another to better ourselves

The 38-year-old businesswoman has an unwavering belief in women and the power of collective giving. “On the platform, we always talk about what we can do to empower women. If a woman is not empowered, she can’t be her best. I started talking to people about giving, and that’s how the Abuja Moms Empowerment Foundation started in 2018,” she explained.

Through the foundation, women members are able to both provide, and benefit from, many kinds of support – as Ezeja knows. After her daughter’s recovery, she was helped by Abuja Moms’ food bank, where members donate food for other members in need.

Ezeja has also used funds raised by the group’s members to set up a second-hand clothing business, so that she can provide for herself and her daughter, and pay school fees. “Abuja Moms just don’t just help you and walk away, they stand by you always,” she added gratefully.

Abuja Moms aims to help women with the many daily challenges they face in the capital city, said Ochi-Ani. “Women are being thrown out of their homes, due to non-payment of rent. People are facing poverty and hunger. You know, people think there is no hardship in Abuja because it is the capital city, but they are wrong,” she said. The group also provides support beyond its own members, to help women in underserved communities, she added.

Nigeria has the largest number of poor people in the world, most of them women. One academic study claims: “Women constitute over 60% of the poorest people in Nigeria and going by the IMF statistics that Nigeria has over 87 million people in extreme poverty [that] translates to approximately 52 million women in the clutches of extreme poverty.”

These findings prompted Abuja Moms to run several campaigns to help impoverished women who haven’t found their way to the group’s online platforms. After all, only 33% of Nigeria’s population were connected to the internet in 2019, according to the World Bank.

These campaigns include the Abuja Moms 1000 School Bags programme to encourage children, especially girls, to go to school, and the Abuja Moms Feed 1,000 Women & Children campaign, as well as a project covering the school fees of 100 orphaned students.

Let’s Bring Our Mothers Home aims to increase the chances of women surviving births by providing mama kits, items needed in the birthing process that some hospitals require pregnant women to bring with them. The Pad A Girl project gives sanitary pads to girls who would normally use rags during menstruation. The group also holds an Annual Walk Against Child Molestation, a common problem in Nigeria where “one in four girls and 10 per cent of boys have been victims of sexual violence” according to UNICEF.

However, there are challenges hindering the group’s activities and growth, often stemming from deep-rooted, negative views of women and their gatherings. According to Ochi-Ani, husbands often prevent their wives from associating with the group, in case they rebel against them. “There is this misconception in Nigeria that, when women gather, it is for a bad reason, mostly aimed against men. We are trying to make society know that is a lie,” she said.

Funding is another challenge, she said, because funding usually comes from the members, adding that they would be able to do more if they could get more cash.

“We have cases pending, involving paedophiles who have raped or molested a child. We had a victory in one of the campaigns we supported – the perpetrator was sentenced to 14 years,” Dickson said.

One member of the Facebook group (who asked to remain anonymous as her case is ongoing) said she approached the group’s legal team after her husband kidnapped their five-year old son. She had marital problems and had been given custody of the child.

She said that other lawyers took the little money she had and achieved nothing. “Abuja Moms is the best group. They assigned me a lawyer and the case is in court now. They did not take any money from me. Nothing. They are working on bringing my son back and ending the marriage,” she said.

Ochi-Ani is resolved to keep the group going – and growing. She hopes that one day Abuja Moms can have its own building, which, among many things, would accommodate female victims of abuse, supporting them until they can carry on with their lives.

“We are stronger together. Every day, strive to be the better version of yourself. Do it for you. Be happy. Live life. Wake up, show up. Don’t let depression put you down. Just know that we are here rooting for you. You can be anything you want to be. Keep marching forward,” she told her fellow women in Nigeria’s capital.

This story has been published in collaboration with Egab.