Spanish centre-Right party Ciudadanos has asked the country’s government whether any of its aid money could have supported projects that offer anti-gay ‘conversion therapy’ overseas, following an openDemocracy investigation.

“What mechanisms does Spanish cooperation have in place to ensure that public resources are not used for these or other practices that are contrary to the most fundamental rights and freedoms?” party representatives also asked last week.

The Ciudadanos party, they added, “has always opposed such practices, which are not based on evidence and which cause so much damage to LGBT people simply because of social prejudice issues that do not let them be who they really are”.

During a six-month investigation, openDemocracy undercover reporters spoke to staff at health centres across Kenya, Tanzania and Uganda, who, between them, said that being gay is “evil”, “for whites” and a mental health problem.

USAID, the Global Fund and MSI Reproductive Choices, a large NGO, quickly pledged to investigate further and take action in response to these findings, which implicated some organisations or health centres that they fund.

The Ciudadanos party asked the Spanish government for written answers to questions about whether Spanish aid money could have also supported such activities – and what is being done to prevent that from happening.

‘Conversion therapy’ is used to describe a range of practices, from ‘talk therapy’ to physical ‘treatments’ including the use of hormones, which are intended to change, suppress or divert a person’s sexual orientation or gender identity. 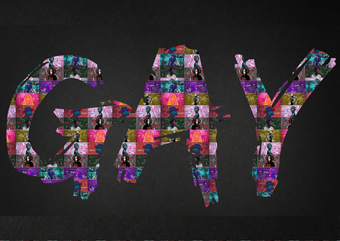 At an HIV clinic in Uganda that targets ‘most at risk’ populations, including gay men, a receptionist said “whoever wants to quit homosexuality, we connect them [to external counsellors]”, which have included a locally known anti-gay pastor.

This clinic has received money directly from USAID. A spokesperson for the US embassy in Kampala said the agency does not support ‘conversion therapy’ and that it “will investigate any report that a USAID funded partner is doing so”.

The Global Fund has also supported this clinic indirectly, through the Ugandan government and a local NGO. It told openDemocracy that it “takes seriously the matters raised” by our investigation’s findings and that it “will look into them”.

“We are grateful for all safeguarding concerns raised and thank openDemocracy for their investigation,” added a spokesperson for MSI Reproductive Choices. They said the NGO would also take “immediate action” against “this abhorrent practice”.

In Tanzania, a counsellor at the MSI clinic in Mwenge, Dar es Salaam, told our undercover reporters how “a timetable will be set, including the days that he [a gay relative] should visit the hospital, until, finally, you find he has changed.”

Spain has been a major contributor to the Global Fund. The country ceased its contributions to the agency in 2010, but in 2019 pledged €100m over three years.

Several European government aid agencies – but not Spain’s – are listed as donors in MSI Reproductive Choices’ 2019 annual report, including from the UK, Denmark, Finland, Netherland, Norway and Sweden. 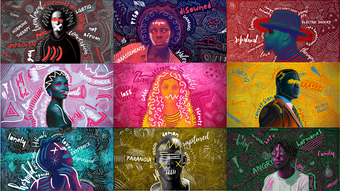 ‘I was afraid I was going to die’: Kenyan survivor of ‘conversion therapy’
12 July 2021 | Khatondi Soita Wepukhulu , Inge Snip
Survivors of anti-LGBT ‘treatments’ in Kenya, Tanzania and Uganda describe effects on their mental health, family relations and general well-being

‘Conversion therapy’ is not banned in Spain, but five autonomic communities (states) have prohibitions against it. A new bill (currently in draft stage), which has been proposed by the current progressive national government to “guarantee the rights of LGBT people”, includes a nationwide ban on these practices.

More than 65 groups of doctors, psychologists or counsellors have condemned ‘conversion therapy’ – but only three countries (Brazil, Ecuador and Malta) have banned these practices, while Germany has done so when applied to minors.

Mexico City and a growing number of US cities and states have passed local bans, while the UK has recently pledged to do the same nationwide.

Human rights observers warn that homophobic attacks are on the rise in Spain. Earlier this month, a 24-year-old nursing assistant was beaten to death outside a nightclub in the north of the country, by a mob shouting homophobic slurs.